The King of Gemstones

o other gemstone shapes our perception of luxury as diamonds do. Their unique beauty and rarity made them the jewels of queens and emperors. Today, we largely associate diamonds with the well-known brilliant cut. However, we would like to invite you to also discover the numerous historical cuts of this marvel of nature. 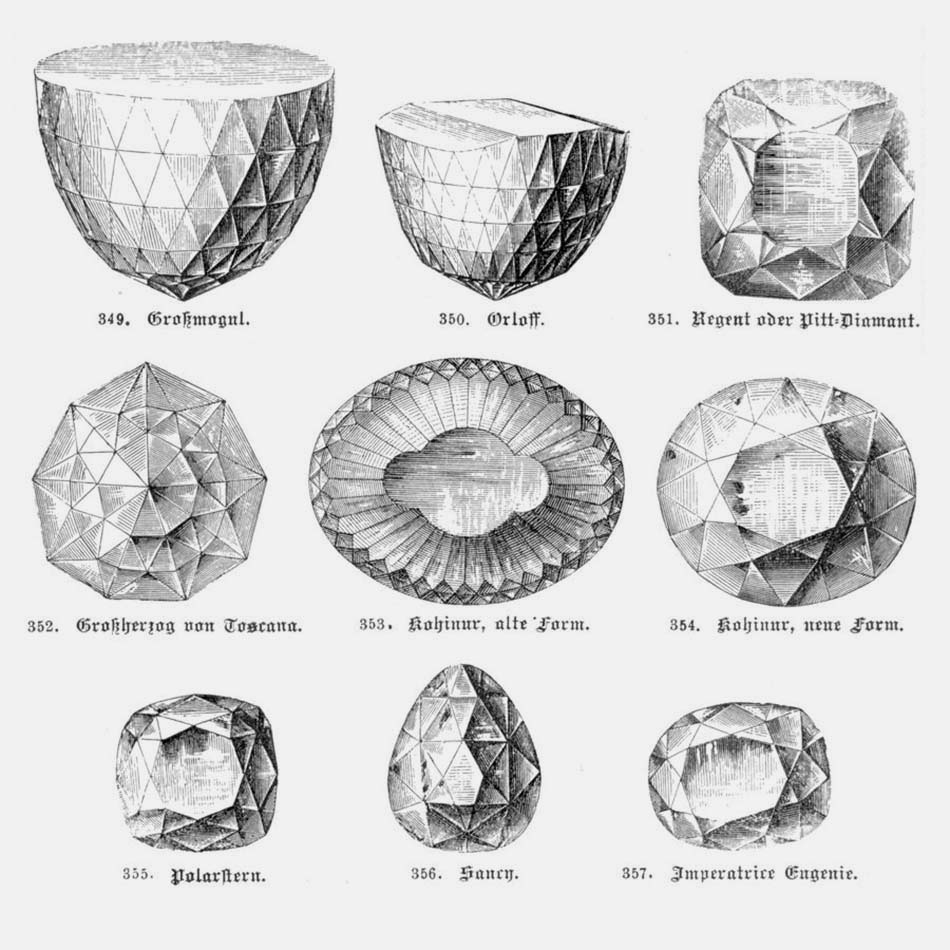 Diamonds first reached Europe on a larger scale in the 14th century. Imported from faraway India, their possession remained reserved for the richest and most powerful rulers for a long time. Famous stones such as the Orloff, the Sancy or the Koh-i-noor bear witness to the appreciation of crowned heads for diamonds. But it was not until diamonds began to be mined in Brazil in 1725 and in South Africa in 1867, making considerably more diamonds available than before, that jewellery with diamonds became the epitome of desirable jewellery, even for the wealthy middle classes.

The cutting technique was further developed at the same time. While the first diamonds were still left in their natural crystal form, the craftsmen soon endeavoured to improve the light refraction of the stones. In the 18th century, the rose cut was developed. Here, only the upper side of the diamond is faceted, while the underside forms a flat surface, resulting in a particularly soft radiance. At the turn of the 19th century, the so-called Old Mine Cut  approached the form that led to the brilliant full cut around 1939. The refraction of light is optimised here on a physical basis and modern diamonds are almost exclusively cut in this shape.

Today, therefore, one diamond is like another, classified in categories such as clarity, colour and weight. But the fascination that has always been associated with diamonds is conveyed even more strongly by antique stones. Both the uniqueness of their cut and their proportions excite us, as well as their personal history and last but not least, their far warmer glow.