fter the cool austerity of Neoclassicism, fashion discovered nature and emotion. Naturalistic forms animate the designs of the time and friendship and keepsake jewellery in particular gained prevalence. Since precious metal was scarce at the end of the Napoleonic Wars in 1815, other materials like coral, tombac, horn or hair were used with great craftsmanship.

In central Europe, the years between the Congress of Vienna in 1815 and the Civil Revolution of 1848 are known as the Biedermeier period. After the victory over Napoleon, a new interest in one’s personal history and local traditions developed in the newly independent principalities. During these years, the Grimm Brothers collected the fairy tales of the German-speaking countries. Local mythological and religious topics replaced the stories of antiquity preferred before. 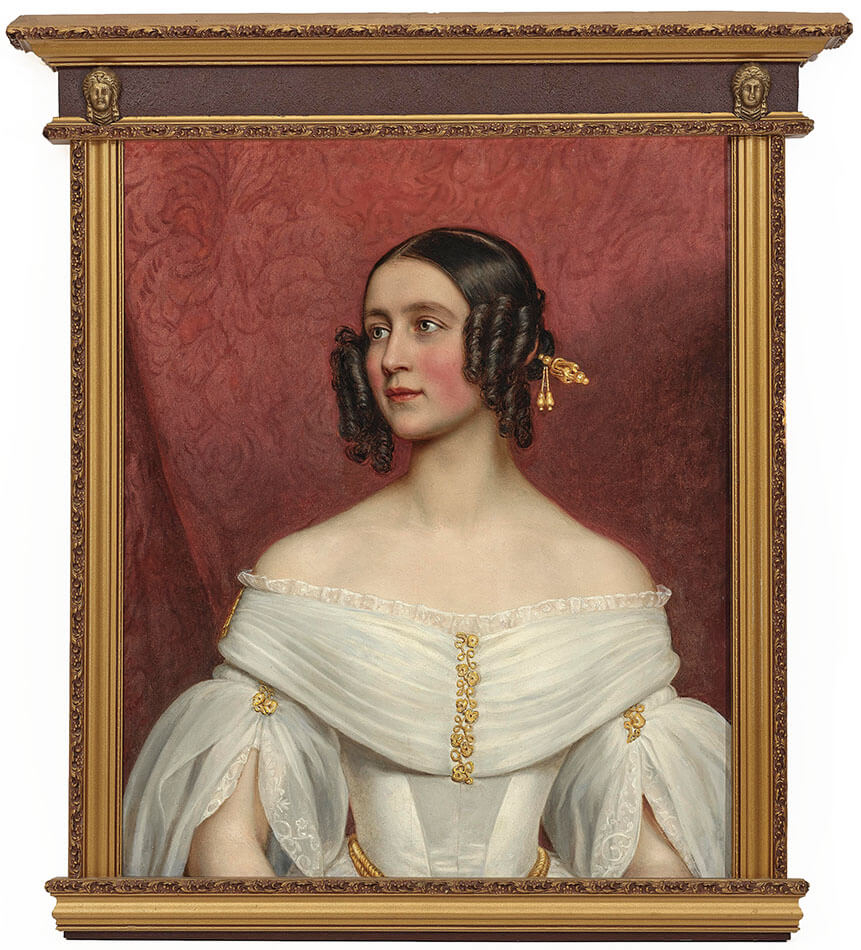 These tendencies can also be seen in jewellery. The austerity of the Neoclassicism that had prevailed up until then began to weaken. The designers of the day rediscovered the rococo world at court from the time before Napoleon or followed the medieval models of an even earlier age. Local nature began to be integrated into designs and things like oak leaves and roses were reproduced in gold. Local materials were used more frequently: Garnet from Bohemia is the preferred stone of the Austrian bourgeoisie and other German lands. Jewellery made of coral became more plentiful in Italy than ever before while a turquoise fashion with stones from the colonies became prevalent in Great Britain.

Immediately after the wars of liberation against Napoleon, precious metals were scarce and the resources of clients were limited. The goldsmiths reacted with a wide variety of pieces made of gold foil. With this, they saved on materials by creating brooches, necklaces and bracelets made of thin sheets of gold filled with resin or plaster to give the pieces the stability they needed. Garnet jewellery was also mostly made of tombac or pinchbeck, once common bronze alloys without gold content.

In the Biedermeier period, we encounter pieces made for entirely new purposes born out of the new found love of country, family and one’s own circle of friends. Sentimental lockets hold locks of hair, letters and small souvenirs from loved ones, allowing the bearer to carry them with them at all times. Portrait brooches enshrine the likeness of relatives to be kept save on the bosom. Objects made of hair finally combined the desire to remember with the world of jewellery: Made from the hair of the loved one, they constitute a special form of remembrance jewellery.

Even when the historic Biedermeier period ended in 1848 with the civil revolutions, the calm devotion to home and family and the style of the time lived on. Up into the 1870s, a so-called second Biedermeier came about and bore witness to the lasting love for the productions of the time. Discover our selection of outstanding pieces from this short yet seemingly long era.